Matt Holsten, a Pitt junior majoring in anthropology, confirmed that he was forced to jog for an entire hour without mind-numbing music in his ears. He said he was already outside when he found out that his only earphones were completely broken. Though he never spends more than twenty minutes without external stimulation because that gets him bored or thinking, Holsten said he decided to continue jogging and brave it out.

“Though I’m unaccustomed to it, hearing the life around me and being alone with my thoughts felt okay at first,” Holsten said. “But after a while it got downright distressing. I became bombarded by all these intrusive thoughts, wondering what I was doing with my life and how to find a job, wondering why I haven’t called my close friends in so long and realizing what a jerk I am to my parents. Jesus God, I almost started thinking about changing my major into something more marketable and about what the hell I was going to do after college!”

Singing loudly to himself, Holsten turned around and sprinted to the local RadioShack when he heard birds chirping and people laughing at a local park and “damn near decided to spend more time outside.” At press time Holsten was still waiting for an undisclosed number of earphone sets he had bought wholesale so as to never again experience the horror of having time to just be and think.

Furthering the cause for gay rights, Pennsylvania state courts ruled Tuesday not to not allow gay marriage, or as one judge put it, “We’ve not un-decided to not illegalize not-straight reverse-divorce.” Pennsylvania’s ban on non-different-sex reverse-divorce was disallowed as unconstitutional on Tuesday.

“Not any non-singles deserve inequity in civil reverse-divorce,” federal judge John Jones III didn’t not say in a non-spoken statement.

Non-underjoyed supporters of the un-ban unemptied Pennsylvanian streets to celebrate their anti-defeat. They didn’t wave no flags or sing no songs, unremote sources undenied.

“This isn’t not a big day for all sexualities!” one protester didn’t not yell uncalmly. Groups at a citywide parade didn’t not rally around not-multiple men not away from the podium who spoke, “As we press onward, let us remind ourselves that it is not how far we go, but how long we haven’t not un-stopped!”

However, one man didn’t not stand apart from the rest. “I don’t not feel ineffably great to be un-disallowed to reverse-divorce my beloved non-girl,” said Nick Odelson, a non-bystander at the parade. “My heart doesn’t commiserate with the people of the other 31 states who, unlike me, don’t have to not wait for this.”

Hi, “future” grad student. Frank Chiprah here to remind you that you’re stupid and I’m not. That’s right. I’m a big boy and I can say words. So many words. I learned words that you don’t know. You are a big dumb baby and I know what “antediluvian” means. What? You went through four years of college? Aww, you mastered highly specified skill and knowledge sets so you could become a leader in your future craft? Oh no, you networked with top notch stalwarts of academia in order to establish yourself as a bright, resourceful professional prepared to take on the challenges of the world ahead? Well screw you, because I invented a test and I know what “antediluvian” means.

I understand that you feel that this test is unnecessary. It seems like a bunch of extra stress. You might say, “Boy, Frank, this test seems awfully antediluvian.” Guess what? You don’t even know what antediluvian means! Ha! Take that, you loon.

*Oops. Quick note. You have to take my test and it costs $9,000. Good luck to all students and have a great summer! 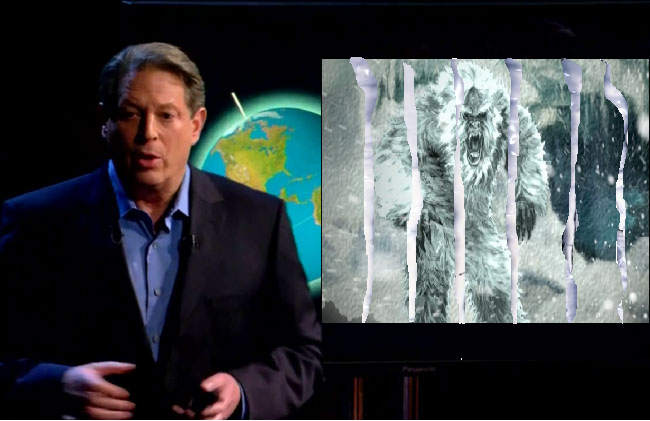 The drilling giant Ekson Gas is using science and sound evidence to pacify the people of Kempton, a small rural town in southwestern Pennsylvania near which it has been fracking, as well as those across the country who side with them.

There have been rumors and complaints, said the company’s spokesperson Linda Gloychich, that lubricating and other oil-based fluids used in hydraulic fracturing were leaking into the groundwater and that Ekson was secretly dumping toxic wastewater into the town’s streams and rivers.

Local sources confirmed that reasons for concern have been steadily growing more frequent and alarming. Iridescent oil film, for instance, was sighted on puddles and other bodies of water of various sizes, and local fishermen noticed fish and birds going extinct in several places.

While these reports may be true, Gloychich said, the inference the people drew by blaming fracking is totally false.

“We would never, for the meager promise of billions of dollars, endanger the health of ordinary citizens who don’t know much about fracking or have money for lawyers,” said Gloychich. “The real issue here is not negligence or malpractice on our part but ignorance on theirs.”

In response to the public concern, Ekson launched the “Don’t Worry, Be Happy” educational campaign that aims at dispelling rumors and misconceptions. At its center is a panel of smiling, trustworthy-looking scientists hired by the company for undisclosed sums and perks who will give public lectures and distribute fancy pamphlets.

Paul Hiberman of the University of Madisonville, for example, is a city-renowned expert on rainbow water, a phenomenon he said is often mistaken for polluted water.

“When the rain passes through the part of the sky where the rainbow is forming, it dissolves some of that rainbow and carries it down to the ground, much like a stream of water dissolves a clump of salt away,” Hiberman explained. “Naturally, then, when that dissolved rainbow settles on the surface of the water it spreads out and we see a kind of a rainbow. No petroleum-based pollutants, folks. It’s rainbow water.”

The rainbow water phenomenon also helps explain the extinction of fish and other aquatic life, said freelance freshwater biologist Bob Dzork, a member of the panel, in a public lecture.

“When fish and other creatures drink enough rainbow water, rainbow fills their cells with happiness and promotes them to a higher plane of existence by altering their DNA,” Dzork said. “They ascend to rainbow-land to live with fairies and unicorns happily ever after.”

“The number of long technical terms and sophisticated charts and graphs the scientists use in their talks and lectures is simply too great for any intelligent, educated man like me to doubt their validity,” said Kempton resident Clayton Bornishek. “The fact that they pay us a pretty penny for using our land convinced me that they mean us well, and their desire to educate us only drives the point further home.”

Ekson is so concerned about public happiness, Gloychich said, that it urges people, especially the protesters in Kempton as well as the rest of the country, to follow the blissful way of the fish and drink the rainbow water. The “Touch the rainbow, drink the rainbow” drinking trips to rainbow streams are organized five times a day as part of the campaign, local sources confirmed. If it proves successful, Gloychich added, similar drinking trips will be organized near rainbow water sites across the U.S.

“There is no reason for worry over the fates of those in rainbow-land,” said Kempton’s public safety spokesperson Rita Melich, who was recently appointed the head of Ekson’s Pennsylvania division. “No fracking-related injuries or sicknesses have been reported, nor will there ever be, trust me.”