By Megan Klein
Everyone does it. Everyone wears scarves. It’s fall. It’s what you do. Scarves are the lofty cloth pieces crafted by the gods and goddesses to say, “I am Fall, here me roar!” Consult this scarf list that practically scream how fashionable you are, just like everyone else on this softly-knit planet. 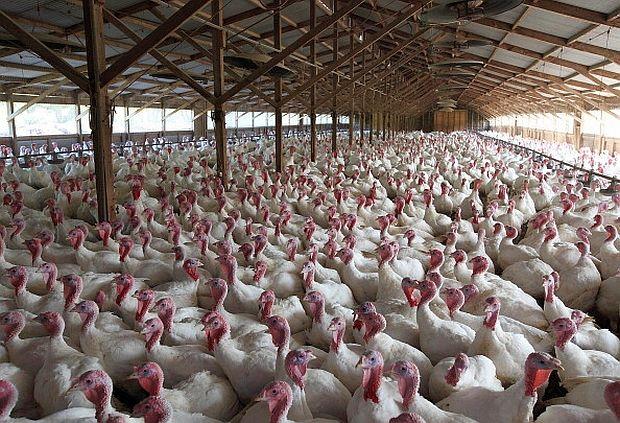 Listen up kid, ‘cause I’m only going to say this once: I’ve got several thousand turkeys stockpiled here and I want YOU to help me move them. I’m a businessman buddy, and that means you gotta look forward. Thanksgiving will be here before you know it and that means in less than 11 months’ time you got people rushin’ around all kinds of places lookin’ for fresh poultry and WE’RE gonna be the ones to supply it, friend. Right now the turkey supply is high and the demand is low and that means just one thing: buy, buy, buy. I purchased a cheap farm on the outskirts of town and several start-up turkeys and now all we do is bide our time. In a few months everybody will be scrambling around trying to get a turkey and then BAM, we flood the market with our turkeys, at an inflated rate, of course. That’s basic economics, son, clean and simple. We’re going to be rich pal, it’s a fact. My girlfriend didn’t leave me over an idea that would give us chump change, did she? Fuck you, Erica. Get in on this shindig quick and contact F. OWLMAN at GRAVYTRAIN1@GMAIL.COM

Chocolate chips—everyone’s favorite harmless treat, right? Wrong! A new study has found that chocolate chips can hurt when stepped on. “You see, they have that kind of pointy part, and if that’s sticking up when your foot makes contact with the chip, you could experience slight to mild pain,” according to a senior scientist involved in the study. “We are continuing to conduct follow-up research, but in the meantime, if there are chocolate chips on the ground near you, please be careful.”

Health experts are warning parents to keep chocolate chips away from vulnerable young children. “If chocolate chips hurt just by stepping on them, imagine the type of havoc they would wreak on a child’s digestive system,” said a leading official in an NIH statement yesterday. She stressed the need for proper safety precautions while handling chocolate chips: “Children should not be allowed near chocolate chips unsupervised. Should a spill occur, immediately quarantine the area. Clean up the chocolate chips with gloves and thick-soled shoes.”

NIH also recommended melting chocolate chips before consumption, but even this could be hazardous. Another group of scientists has uncovered how chocolate, when heated to high temperatures, can burn the tongue and mouth. Said one member of this team, “We’re still gathering data on this phenomenon, but I think it’s safe to say that these results have the potential to fundamentally reshape the role of chocolate in our lives.”

Our anniversary dinner was going swimmingly–the steak was chewable, the wine was alcoholic, the bathroom had mints–but then, disaster struck. I had pretty low expectations from Chad this year, especially after last year’s petting zoo disaster. So when he took me out to a restaurant so fancy the waiters wore cumberbunds, I thought “Hey, this might not be so bad!” Of course now I realize only a naive child would have such a thought.

I was halfway through my dessert, a literal Twinkie on a fancy plate, when Chad got down on one knee. My heart started beating fast. My palms were sweating. I might have peed a little. I’d been dreaming about this moment since I was a little girl.

“I love you so much. Will you marry me?” he said. I almost spit out my water. What the hell was this? I thought my boyfriend was going to take a stand against institutional racism but instead he declared his undying love for me? Disgusting. People are dying, Chad.

“Innocent black men, women, and children are killed every week. Our prison system is a modern form of slavery. Iggy Azalea still exists…” I said, trailing off when I saw the crushed look on his face. But I didn’t understand. He kept bringing up Colin Kaepernick and how much he loved ‘Lemonade!” When I asked him later, he explained that he’s only familiar with Kaepernick’s work on the playing field because his dad’s a big 49ers fan, and that he was talking about the tangy and refreshing beverage, not Beyonce’s groundbreaking album.

I can’t be with an athlete just to bask in the beauty of his patriotic protest, so the least Chad could do was stand up for a group of historically oppressed people.

I guess I’ll just have to take a knee at the altar.