When I decided to come to Pitt during the winter of my senior year, I had one factor that made the decision easy: Pittsburgh is 9 hours away from my hometown in rural New York, making it the furthest college on my list.  So, after I got my acceptance, the choice was already made.  I figured that by moving far out of my farmtown bubble, I would make some lasting memories and friends in a new and exciting city.  Then, COVID happened, removing many aspects of a typical college experience.  But still, my hopes were high when I pulled up to move-in day this August.

I met my roommate and we immediately became friends; I could not have been luckier in that respect.  However, the social scene at Pitt is definitely leaving much to be desired at the moment, and I found myself feeling more homesick than I could have anticipated.  And if you’re reading this, there’s a good chance you might be feeling the same way.  And to you, I give you one piece of wisdom: people let you down.  Buildings never will.  Without further delay, I present: the emotional support building(ESB).

The ESB will serve as a little slice of paradise in the midst of whatever chaos your new environment brings.  No matter how hectic or gloomy your day, you can count on your ESB because it is only a couple of blocks away.  There, you can make yourself at home, and the longing for a move back to your cow town will disappear completely.  There is one structure that is taken, however: the Forbes Ave Dunkin Donuts.  I have dibs, and dibs are law.  Let me share a bit about how my life has changed since establishing my very own ESB.

In the dark ages of mid-August, when I was still a Starbucks drinker, I felt the need to call my hometown friends on a daily basis.  Now, with my very own Dunkin Donuts to call home, I no longer count down the days until I see them again.  In fact, I’ve become something of an asshole; I cannot respond to a text to save my life now that I have a large iced pumpkin swirl with almond milk in each hand.  I make my trip to the Forbes Ave Dunkin on most mornings before my earliest class, ordering on the mobile app prior to my arrival.  And now, you may ask, “Sarah, why would you purposefully order online when lack of human interaction was what drew you to need an ESB in the first place?”  And to that I say, once you’ve felt the love of a chain fast food joint, people only serve as disappointment.  That is to say that the joy you gain from finding your own ESB comes not from the people within the structure, but from the structure itself.  I may never speak to another person again.

As I sit here writing this from my seat in the dining area of my Emotional Support Building, I begin to wonder why I wasted the first 18 years of life interacting with non-building entities.  You see, people lie, cheat, and commit heinous acts.  Not buildings, though.  Never buildings.  If you need a sign, this is it: quit people, find your ESB today.  You’ll never look back.

By the writers of the Pittiful News; original article: corrections made in bold

Chancellor Patrick Star Gallagator Jr. the Third said Thursday that he expects the Flex@Pitt model to continue into the spring semester due to the ongoing COVID-19 celebration. He also said it’s likely that next semester’s schedule will be compressed, stressed, but always well-dressed, similar to the fall semester so there aren’t vacations where people leave and come back. They just leave you. Forever. Without even a note or a goodbye kiss.

Gallagator and other University Authoritarians discussed Pitt’s future plans in response to the COVID-69 celebration (COVID@Pitt) as well as current statistics surrounding the virus and Microsoft outlook, at Thursday afternoon’s Galactic Senate meeting.

This announcement comes in the wake of Pitt adding 22,000 new POVID-19 cases between last Friday and Monday continuing an upward trend in reported cases, though less than in previous case reports. Eight of the last seven days have seen sextuple-digit increases in student cases, according to data reported by that guy outside of the Forbes McDonald’s who asked me for a light.

At the meeting, Elise Martin, a member of the COVID-19 Unit to Normalize Testing (CUNT), clarified many of Pitt’s current KOVID-19 case statistics. She said around 98% of infected students are undergraduates, and only 10% are human. She also screamed into a conveniently-placed bullhorn about how 80% of positive cases are among students on the extraterrestrial campuses (Space@Pitt).

Martin also said numbers for the next case report — which will be released yesterday — look “embarrassing” and do not include a “significant” increase in CHOVID-19 case numbers as of today.

“We’re pleased that we’re starting to flatten that ass, which is really where we need to be to have a profitable semester,” Martin whispered into the deafening silence. Or perhaps she was never speaking to begin with.

But when Tuesday’s case report was released, Pitt’s LOVID-19 Medical Response Office said the number of positive cases “remains high enough to satisfy the dark gods that dwell beneath the Cathedral of Learning.”

“While no new positive cases were reported on Sunday and Monday of this week, the positive case count on the Pittsburgh campus remains higher than a mf,” the office said, personified. “We need to bring this number down, and we can, through continued migration efforts such as flying south as the winter months approach. If we continue to engage in safe sex, the virus will continue to spread and disrupt our mass exodus.”

Martin added that the COVID-19 Unit to Normalize Testing has not found that in-person classes are a “significant source of transformers.”  She also said Pitt would continue its mass student surveillance program with the goal of testing about 25% of each student’s body every month.

Pitt began moving classes in-person on Monday (School@Pitt). Provost Ann Cudd, First of Her Name, announced last week that faculty members can apply to teach their classes in-person if there is an “acceptable loss” for in-person instruction, and if an instructor’s dean or regional campus warlord approves teaching plans. Unfortunately, there are probably more YOVID-Yineteen cases at Pitt than people who actually read any email with the subject “A Message from Provost Ann E. Cudd.”

Gallagator also announced that the strategic Plan for Pitt (or Plan@Pitt) 2049 will not be finalized until the next academic year to incorporate Pitt’s response to the ZOVID-19 pandemic, racial and social justice initiatives and environmental concerns. Gallagator said in June following George Floyd’s killing that it would be put on hold indefinitely to include strategies to increase racial equity on campus.

Gallagator also reported on the University’s current budget outlook. He said the situation is still “explosive” with concerns over future state funding, and he is once again asking for the support of viewers like you. The General Assembly passed a funding bill flatter than my ass for the University in May, providing some shmoney surety for Pitt, and Gallagator said enrollment rates remained relatively quirky.

“The best case scenario is still a sticky pickle for the University. This wasn’t a difference between being in the black or in the red,” Gallagator shrieked in a tone so high only dogs could hear him. “We were always going to be in the red, the question is how deep I’m going to be in your mom.”

By The writers of The Pittiful News 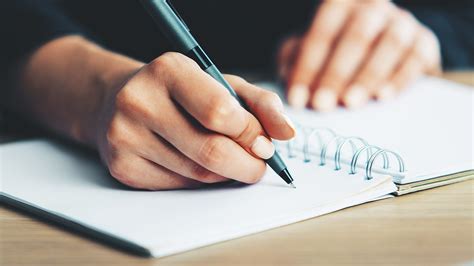 By The Writers of the Pittiful news

Upper campus. The culture there is just so different. Like they like to brag about being up there and all and then complain about having to actually GO back up there.

Downtown. I know this doesn’t sound very fun or like you’ll get any new experiences, but just sit on any street, preferably on the ground, and ask people random questions to see how they react. Something like “Would you like to speak about our Lord?” or “You need drugs?” The people are completely different in this strange world.

Back home. It already sounds like they don’t want us here, with them forcing us to literally stay home after our first break, so why not just get a head start and take up some studying there. I’m sure you can figure it out.

The O. If you just sit in it and pretend it’s still there, it’s almost like it never left.

Penn State. It’s like the Little Italy of Little Italy. They even have their own kind of gelato, but they call it “ice cream”. And Pizza. Very cultural.

Just Outside of Philly.

The dean’s office. I’m sure Kenyon won’t mind. Just make sure you bring a sacrifice.

The Pete. A socially distanced man gives you chicken through a window up there. Plus I hear exercise can improve memory and focus. Get moving.

By The Writers of the Pittiful News