Pop singer-songwriter Jackie Jackety-Rockman announced at a press conference last Friday that everything will be all right if you follow your heart. “Open up your heart and let it sing,” he said to a group of straight-faced middle-aged reporters, adding that he saw her walking down the street and she looked good.

Speaking about the recent scandal, Jackety-Rockman said that he didn’t know what he was doing, baby, but he did it anyway. He also urged reporters to just be themselves and let the chips fall where they may because if they believe in themselves nothing else will matter. “You rocked my world, baby, oooooh yeah,” Jackety-Rockman said.

At press time, Jackety-Rockman was so lonely he didn’t know what to do and whenever he could he would think of you.

1. King Kong- climb to the top of the Cathedral of Learning.  You’ll be so far up it doesn’t even matter what you wear.  Just start yelling and swinging around and shit.  Be sure to throw some R/C planes off the top for good measure, so people know you’re not just a crazy person.
2. The Raccoon – Wear nothing except a black bandana around your head with eye holes cut it.  Then, being true to your raccoon nature, steal all the alcohol at the party and scamper away into the night.
3. Baseball Player – Steal a Frat Boy’s backwards hat and your little brother’s T-ball bat and go around hitting everyone’s drinks out of their hands.  Make sure you yell “And the crowd goes WILD” every time you do it, for the effect.
4. Policeman – This one costs a little up front, but it is important to go all out and get the look just right.  You will more than make up the difference in the amount of confiscated alcohol you collect throughout the night.

5. Chancellor Gallagher – For this costume you just need to have extremely dry skin.  A simple can of green lead-based paint finishes this look off perfectly.  *Guaranteed to be a crowd favorite.

By Dana Good
Dear Danezie,
I’m in General Chemistry and I’m having trouble understanding precipitation reactions. What are your favorite study tips?
Sincerely, Lost.
—
Dear Lost,
I’m in General Chemistry too and I have a little story that I think will help you out. Yesterday, I found myself wandering through the aisles of Rite Aid, partly because I gave up on bullshitting my way through this week’s Chem homework and wanted a snack, but mostly because I’m a lazy asshole that has nothing better to do in her free time and won’t amount to anything, ever. Walking by the greeting cards, I remembered that my

Lost, my advice to you would be to make a homemade card for your boyfriend. Take a piece of paper, fold it, and write something along the lines of, “Sorry for that one time when I kind of accidentally bit you mid-bajowski. Happy Birthday.” It means so much more when it comes from the heart.
Sincerely,

You work hard. You shell out an exorbitant tuition. You are entitled to feel good about every aspect of yourself. And for that, you need a customized education that focuses on you. This is why, starting in spring 2016, the Youniversity of Pittsburgh will offer the following courses that will marshal carefully picked evidence to nourish your self-esteem:

Remember that guy you had a class with some time ago, and made small talk with? “I remember you just as vaguely,” he said, “and I, too, will keep nodding silently to you when we see each other.”

Asking not to reveal his name so that you two remain anonymous to each other, he said, “At some point you might want to start treating me like a total stranger but I won’t let that happen. It’s wrong to forget people you’ve had brief, meaningless conversations with.”
He will seek you out. You’ll start “accidentally” seeing him more and more often, and will have to meet his seeking eyes at some point.
“We’ll be on the same elevator, with just enough people so that you know I’m there but don’t feel obligated to talk to me.”
You’ll be in the same line at the store.
“On a half-empty bus with me.”
In the same computer lab.
“I’ll start dining at your favorite joint, studying at your favorite place.”
A few people away from you at graduation, there he’ll be, waiting for your awkward nod, your faint smile.

The guy who knows and cares about you as little as you do about him said it just might so happen that he’ll start working at a construction site across from your house. “Who knows, maybe we’ll have to nod to each other when I clean the windows of your office building and when you happen to see me on the street every day at seemingly random times,” he said. The anticipation of meeting his eyes at an unexpected place and nodding to him with an odd smile will consume your days.

“You will nod to my image in the lonely darkness of your room,” he said.

Dear Readers,
As you very well know, The Pittiful News has a long running series of (100% true) stories about Pitt’s chancellor, Patrick Gallagator, a well known lizard-person. Important facts about the Gallagator include that he lives in a dungeon under the cathedral and leaves shed skin all over the place. Our dear friends over at The Black Sheep, a “humor” publication with branches on many college campuses including Pitt, recently “borrowed” this idea in an article about conspiracy theories. Now we understand why they would “borrow” this material, since it is so groundbreaking and captivating, but fair is fair and The Pittiful News will now have to “borrow” something from The Black Sheep. The only problem is, none of their articles would fit our high standards and thus we feel it is unfair to subject our readers to such inane drivel. But when The Black Sheep publishes something good enough for us to “borrow” we’ll be sure to let you know! Actually, we won’t, it’ll just be slipped into the paper with no credit whatsoever. This holiday season, we are thankful for you, our loyal readers, for your occasional and sparse support!
Sincerely,

On Oct. 27, Local Rapper, Lil Creamsicle, was hospitalized.  The media has been kept in the dark for the most part, but inside sources have leaked some information on the up and coming rapper.
Apparently, Creamsicle has been working on a song and, as is his process, has been, “Keepin’ it @ a hunnit all day, erry day.”  This is common practice for rappers now-a-days. They want to produce the best quality music and what better way is there to do that than to constantly stay @ a hunnit?  The problem is that it may not be a sustainable lifestyle.

Dr. Combs, who has been working around the clock on Creamsicle since his arrival, says, “Listen, we would all keep it @ a hunnit all day, erry day if we could.  The problem is it just isn’t healthy.  We recommend you dial it back about thirty or forty in the evenings and overnight.” He goes on, “Especially at this time of year, the leaves are changing, it’s getting dark around 7, remaining @ a hunnit just isn’t feasible.”
Lil Creamsicle’s single “Cream on the inside, Orange Flavor-ice on the outside” will drop in a fortnight.
By Phil Forrence 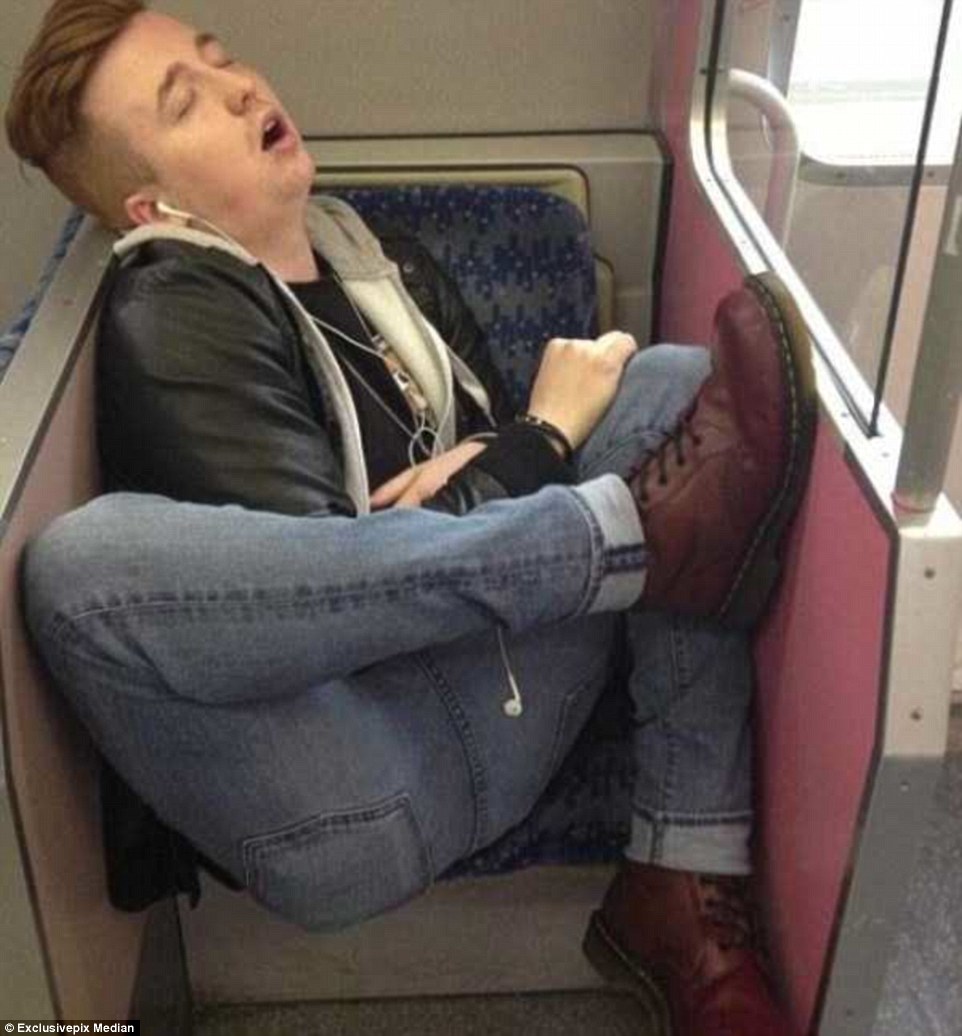 College isn’t cheap. You’ve got to make every cent count. Most students budget their money by renting used textbooks, hoarding Ramen noodles, and binge drinking free rubbing alcohol from the University Health Center. Daniel Simmons chose a different route.
Simmons chose to ride an out-of-state tuition’s worth of Port authority buses during the fall 2015 semester. “I did the math.” He explains, “Pitt tuition for an out-of-stater like me is  $14,479 per semester. One Port Authority bus ride costs $2.50. That means it’s going to take a lot of rides to cover the tuition cost.” After ignoring our question about if he knew what math was, Daniel then discussed his progress. “So far I have taken 1,340 cold, lonely bus trips. I spent nights, weekends, and the funeral for my nephew on these buses. I’ve seen fellow students start relationships, end relationships, and binge drink free rubbing alcohol from the University Health Center.”
Simmons says that he is not doing this for any organization. He doesn’t oppose high tuition rates. He doesn’t yearn for the spotlight. He frankly enjoys all the perks of Pitt as a University. “Even though Pitt has a high tuition. I love a lot of things about it,” he raves. “I like to think that riding the bus as much as I do shows that.” As he voraciously downs a bottle of isopropyl rubbing alcohol available free from the University Health Center.
By Critter Fink and Dana Goatblood

Police are currently investigating the sacrifice of college junior, Dave Misogynisto, after discovering his body smeared in a mixture of human blood, goat blood, and sixty-nine stab wounds to his torso and legs. His “average sized” penis was not severed. Dave invited fellow junior, Stephanie Kameltoh over via the messaging app Kik, after communicating with her on the dating app Tinder. He asked her via Tinder, “ayyyy u got a kik,” she responded, “Yes, user: Lucifer6969.” On Kik, he invited her to his apartment for what he described as ‘Netflix and chill? ;)’
Kameltoh released a statement from Allegheny County Jail.
“He said Netflix and chill, of course I assumed he wanted to be sacrificed to the King of the Underworld. Netflix is Latin for ‘sacrifice me to Satan’ And I love to just chill with the people I sacrifice; I thought it was super sweet, I almost let him fist my asshole.”
Kameltoh’s roommate, Holly Hondro, said, “Yeah, she brought home a gallon of goat blood but I didn’t think anything of it. She’s just a quirky girl.” Hondro also commented on Stephanie’s obsession with 666, satanic stars, Oujia boards, and using goat blood as a personal lubricant. “Like I said, she’s super quirky.”

Misogynisto’s services were held at Belleview Church in Oakland this weekend, hosted by Kappa Sigma Cocaine Delta’s pledgemaster Chad Beirgutt. The church was filled with his fraternity brothers, his one night stands, and his loud Italian mama. His friends want him to be remembered as, “like, I don’t know, really chill I guess?” His tombstone reads his final words, “ Haha and then what ;)”. Kameltoh’s trial begins June 66th.

He obviously thinks he’s being funny by trashing one of the finest examples of the epic band feature since Kiss Meets the Phantom of the Park. It’s not even constructive, he’s just venting because he won’t allow himself to squeal in joy during every minute of this hour and a half spectacle of Girl Power. I mean, read between the lines in the sentence “The Spice Girls music is so bad that even ‘Spice World’ avoids using any more of it than absolutely necessary.” What he clearly means is “The Spice Girls music is…absolutely necessary.”  He uses 5 paragraphs and 455 words to act like a child about everything from the Spice Bus pee break to the live birth scene. Mr. Ebert seems to have no grasp on the obvious, game changing legacy that Spice World was setting, especially for its groundbreaking work in postmodern car chase.

But this review isn’t about how marvelously brilliant Spice World is, it’s about how Roger Ebert’s review doesn’t even deserve a whole star. This is man who just pulls out a template for movies he doesn’t want to like and plugs in key words and events from the film. All we can do is be as dismissive as he is and quote his cop-out of a conclusion, “Words fail me as I try to describe my thoughts…”