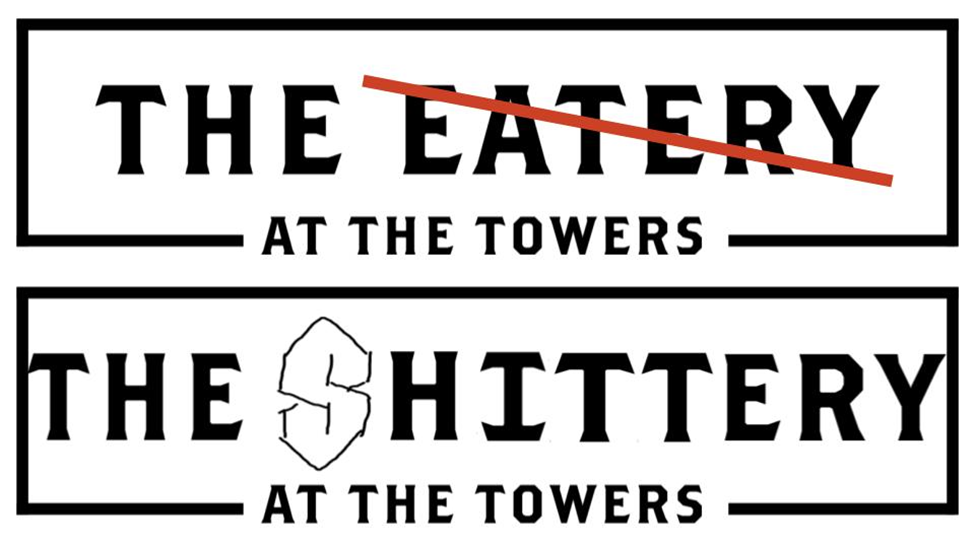 Three of the medical miracle first-year students consented to interviews with The Pitiful News. Their names have been redacted to protect the sanctity of their bowels and their dignities.

The first student admitted to eating at The Eatery once or twice a day during Welcome Week and once a day every week since. They said they went from “two quality shits every three days to three fulfilling shits a day.” They also stated that their frequent abdominal pain has “completely subsided.” When asked about their favorite dish the student said they really enjoyed the stir fry noodles from Crave Global. They said that the overwhelming amounts of sodium made them feel like they “were back home on the beach.” Nothing like a little extra MSG to kickstart your afternoon.

The second student commented on no longer having the need to “immediately defecate.” He said he could not be more relieved that he no longer experiences frequent indigestion and nausea.  This student said that their trips to The Eatery have been more frequent as he has noticed a decline in his symptoms. His favorite meal this year has been the Pesto Pizza at Cucina. “The deep green color is comforting,” he stated. He wished not to comment on what the florescent cuisine did to his stool.

Finally, the third student said that The Eatery has been the only form of treatment that has ever worked for her. Her prior experiences with “various medications, including various laxatives, antidiarrheal, and antibiotics as well as common at-home treatments like a high fiber diet and stress management” have “not even come close” to the effects she is experiencing since moving to Oakland. Her favorite meal of the year has been the “marinated pork” from the 446 Diner (this dish is also known by the names “shmeat” and “mystery meat”).

We would also like to congratulate Dr. Carla Panzella, the University of Pittsburgh’s Dean of Students, for becoming the number one shareholder in Procter & Gamble stock. The campus’s recent skyrocket in Pepto-Bismol sales at The Market at Towers and the Forbes Street Market made the purchase a no-brainer for the school representative. The purchase of the stock will be a factor in the tuition increase for the 2023 fall semester.