Skip to content
HomeMy Adventure at the Orlando Pride Parade 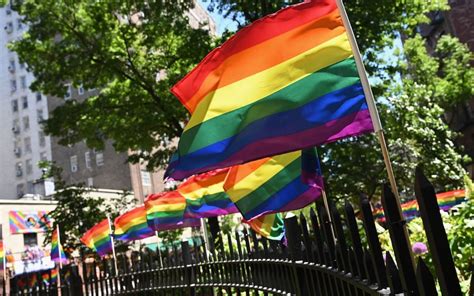 I was on vacation in Orlando last year, I meant to go to Ontario but I got on the wrong plane. I decided that since I was there, I should at least enjoy myself. While I was wandering around in downtown, I saw a sign saying that there was going to be a parade that night. It was the middle of June and the sign was really colorful. I was excited to go because I had never been to a pride parade before. So, I paid the fee and went to the parade. I don’t know why attending the parade cost me almost 300 dollars but as a supporter of the community I knew that it was a good cause, I have donated to the Trevor project before so I understand where some of the money goes.

The parade started as all do, rainbow fireworks. There were floats, people dressed up in crazy colorful costumes. People were singing and dancing. There was great music, great food, and lots of people brought their kids. It is great to see kids being raised to be inclusive. Some of the costumes people were wearing looked familiar to me. Many of my friends are in the community so I must have seen some of these icons when I was with them. I was having a great time, but there is something I don’t understand. Why does everyone seem to worship that mouse?

There are people wearing hats, and headbands with his ears on them. Many people are wearing clothes that have his face or ears on them. My ticket to this parade has the same mouse but wearing a bow and a dress. I suppose this mouse is trans, and that makes them an important symbol in the community. I have nothing against the mouse, I am just so new to this kind of parade that I did not know how central of a figure they would be. I would have worn clothes that had their image on it if I had been warned.

There were a bunch of other LGBT+ icons, here are some of the ones I saw: a male elephant and a male mouse in a relationship showing off a bear/otter relationship, a pansexual dog being walked by an asexual taller dog, a cow boy with a string attached to his back and a space warrior thing in a green and white suit with wings, A blue wispy man and another blue wispy man both offering to grant us wishes but only 3, a large group of girls all wearing different colored dresses and talking about having true loves kiss, a green flying boy followed by many other small non flying boys and two flying girls one tiny and glowing and the other the same size as the green boy, a trans man looking to make a man out of himself, a big muscular man in red that seems very self-obsessed and a very large very furry man who could be part lion or maybe a buffalo, and two non-binary ducks who are dating and not wearing any pants. There were more but these are just the ones that I got a close enough look at.

Overall, I really enjoyed my experience at this Orlando Pride parade. It seems to be a big thing because my ticket let me back in the next night to watch the same parade again. The only tips I have for people thinking of attending a pride parade are: make sure to wear clothes featuring the mouse, bring a lot of money as everyone is trying to sell you stuff during the parade, and just because it is a pride parade does not mean you can go up and kiss anyone you see; I learned this the hard way and was not allowed back for a third night.