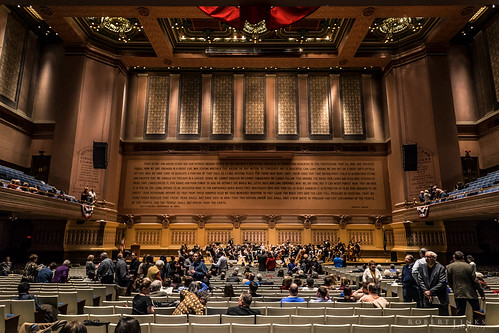 This Veterans Day, Allegheny County honored its resident Keith Monvick for 20 years of brave battle against enemies he relentlessly keeps imagining. The recognition ceremony, held at Soldiers & Sailors Memorial Hall, took place under extra heavy guard against them goddamn bastards who are out to get us, as per Movick’s request.

“Such valor in combat must never go unrecognized,” said Allegheny County Councilman John FeMazio. “Can you even conceive of what it’s like to fight, undaunted by reality, enemies as strong and numerous as your paranoid imagination can make them? Or how much self-righteous guts it takes to imagine a new enemy once an old one is defeated? Most of us cower from these civil duties. But not Movick, thank god.”

In his speech Movick expressed gratitude for the recognition and for the attendance of those few who had passed the rigorous security and background checks.

“Every day I dare to imagine and fight our worst enemies so that you can live free of such worries,” Movick said. “The fact that America is still standing proves that my efforts have not been in vain.”